the most important part of the home inspection

I will use the term “basement” here to mean the part of the house below the first floor. The basement can be a full headroom space or a crawl space with less than full headroom. Sometimes, there are even finished rooms in the basement. Under parts of some homes, there are crawl spaces that are inaccessible because of very low clearance or a lack of an access opening. A home can be built on a slab with no basement, or can have a full basement, an accessible crawl space, or an inaccessible crawl space. Some homes have a combination of all of these.

Crawl Space Guidelines
A crawlspace is a shallow and uninhabitable area, usually between the soil and the first floor of the home. Crawlspace Inspections provide access to the electrical, plumbing and heating, ventilation and air conditioning (HVAC) systems located below the first floor. The following general guidelines are required in new homes:
Water control and management in the crawlspace is essential for maintaining a house. The most common problem associated with wet crawlspaces is that moist conditions can lead to wood destroying fungus that deteriorates exposed framing. In addition, excessive moisture is a conducive condition that can lead to infestation of wood destroying insects, such as termites. In exceptional cases, water penetration into a crawlspace can lead to the undermining of the foundation.

If the central heating system boiler or furnace was not on the first floor, you are likely to find it in the basement since that is where most of them are. Special low profile furnaces are often found in low clearance crawl spaces.

In an unfinished basement or accessible crawl space, your home inspector has an opportunity to inspect the floor structure for moisture condensation, mildew, mold, fungus, rot, and breakage. Several conditions can interfere with a proper floor structure inspection, however. For example, if there is insulation installed between floor joists, it is not possible for the home inspector to see all of the subfloor and both sides of every floor joist and beam. If I find floor insulation such as this during an inspection, I carefully pull insulation away from selected areas under bathrooms, kitchens, and laundries. I also like to selectively remove insulation under floors with above average bounce. If your home inspector pulls insulation down in order to inspect floor structure components, he should put it back in place afterward. Occasionally, I find such a thorough insulation installation that it is not possible to remove any insulation without destroying its integrity. Insulation supported on fiberglass mesh screen or polyethylene plastic and friction-fit rigid foam insulation are good examples of insulation systems that cannot be disturbed without destroying them. Unless there is reason to believe that the floor structure concealed under it is rotten, such insulation systems should not be disturbed during a typical home inspection.

While always on the lookout for moisture condensation, mildew, mold, fungus, and rot, your home inspector should also be on the lookout for broken floor structure members. Rot weakens wood. Sometimes wood structural members split or break even in the absense of rot. For example, deeply notched floor joist ends often split at the notch. In order to find split joist ends, it is necessary to inspect every joist end in the basement and crawl spaces. This can be problematic in crawl spaces with restricted access and in basements full of stored personal property items.

In older houses, it is important to inspect the condition of the subfloor where visible. I use a flat blade screwdriver to probe subfloor boards, floor joists, beams, and sills. The screwdriver leaves a small rectangular impression that will not be mistaken later on for a wood boring beetle hole. I can sink the screwdriver blade in to get a rough idea of the depth of rot. Probing of beams, joists, and subfloor boards can take a long time in some older houses, particularly if rot is found.

Another thing to check for in floor structures is wood boring insect damage. Some home inspectors include this as part of the home inspection. I have found wood boring insect infestations in attics, basements, crawl spaces, garages, barns, and under cottages. Carpenter ant infestations are quite common in this geographical area. Carpenter ants are attracted to wood that has been softened by rot. During house renovation work, I have removed structural wood that had been completely hollowed out by carpenter ants. I have even found carpenter ant infestations in rigid foam plastic. Apparently, the foam has the same consistency as rotted wood. Sometimes the only evidence of a carpenter ant infestation I can find is an accumulation of wood shavings. The shavings are not always located near the infestation, however. In one attic, I found a very large number of carpenter ants on the side of a roof rafter that was not visible from the attic access opening. I discovered the infestation only after climbing several feet into the attic. It is very important for homeowners to keep an eye out for live carpenter ants during warm weather particularly. Carpenter ants appear to be very crafty. On one seasonal cottage, I discovered that carpenter ants were coming and going in single file over a clothesline suspended between the cottage and a tree!

The other wood boring insect common in this area is the so-called powder post beetle. 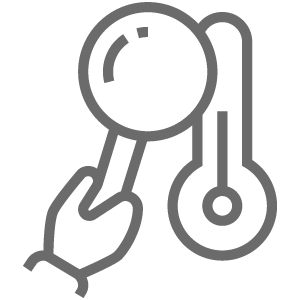 We’ll inspect the condition of the home’s air conditioning and heating systems and provide you with info on maintenance. 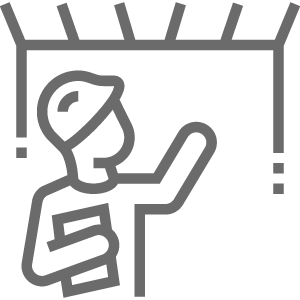 We’ll provide you with information for finding, testing, cleaning, and preventing mold from appearing in your home. 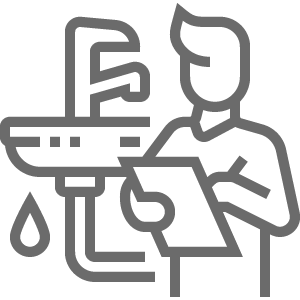 We inspect all the components in the house that deal with plumbing, including testing the water supply for bacteria. 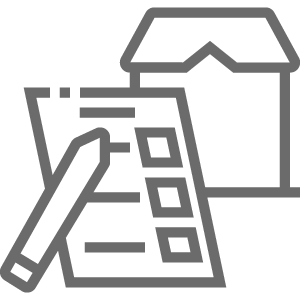 Usually found in the basement, radon is a potentially deadly gas if high enough levels are detected in the home. 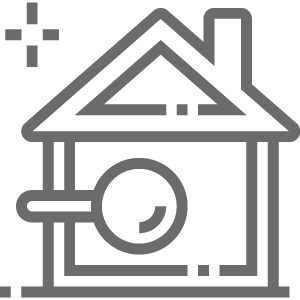 No matter how big or small the space, we’ll go in and take a look at the condition and report what we find within. 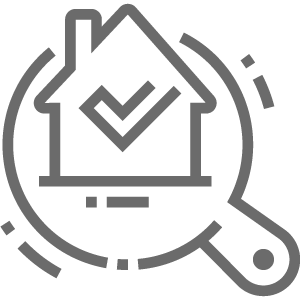 This is just a small example of the areas we look at. Visit our services page to learn more about what we inspect.
Close Menu